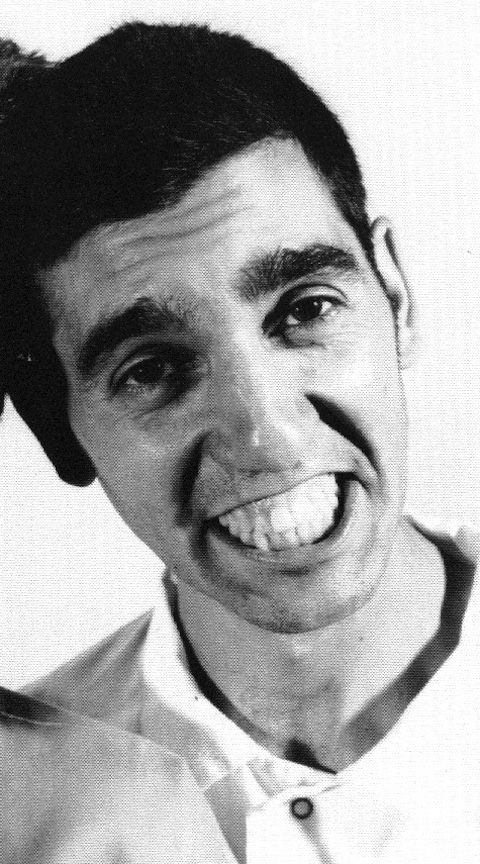 “They don’t come much better than Peepolykus”
INDEPENDENT

A time-travelling, bike-mad postman falls prey to a desperate pair of unhinged fishmongers. Just imagine, one minute you’re slapping a few wet fish about and the next…..you’ve got a customer. That’s normal. Except the customer is a time spanning postman. Now that’s paranormal.

I Am A Coffee reveals the hazards of time travel and the versatility of fish shops. For the unhinged fishmongers, they’ve never had it so good. And as for the fish, they have nothing to compare it to. And as for the postman – he looks more like a bus driver.

This second show from Peepolykus played an astonishing 80 dates across the UK, from village halls in Cornwall to a sell-out run at the Purcell Rooms as part of the 1998 London International Mime Festival. We also performed the show in India (alongside Let The Donkey Go) as part of a four week tour organised by the British Council.

I Am A Coffee – comic virtuosos at work
The Independent 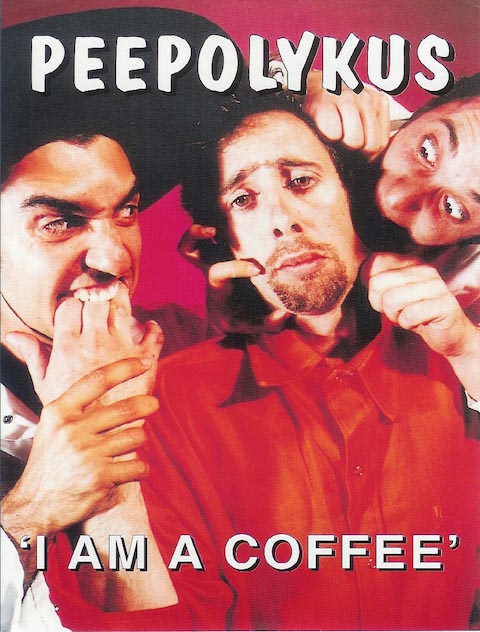 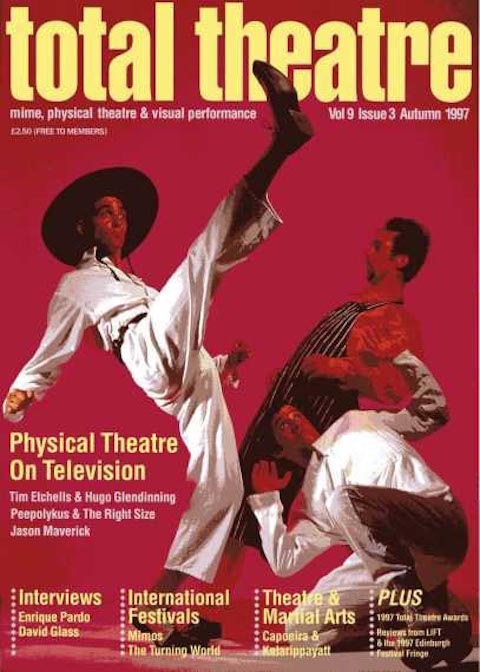 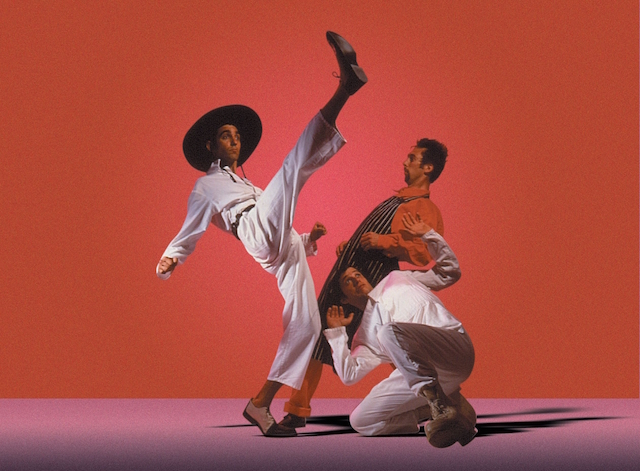