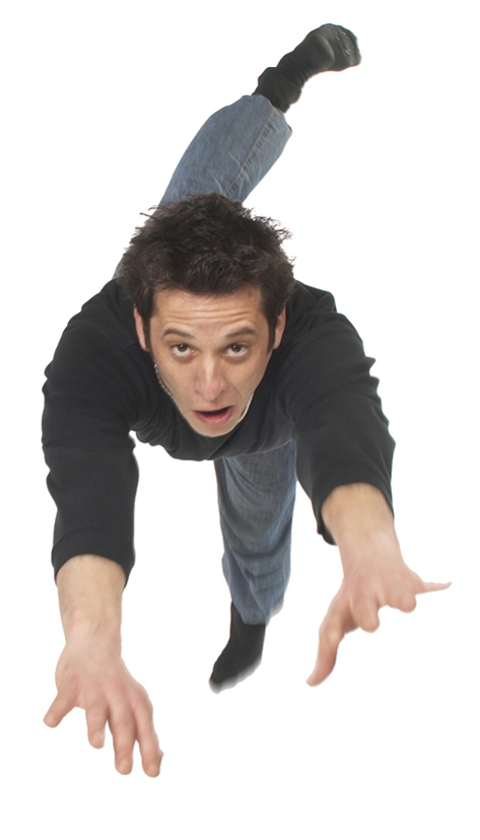 “Like bastard sons of the Marx Brothers” The Stage

“This lot have got a marvellous company cohesion and an amazing exuberance about them. Brilliantly and infectiously funny”. John Hegley writing in The Daily Telegraph

Mindbender is an extremely funny insight into the world of psychic phenomena. Part-audience interactive, part-stage performance, the show begins with Michael Santos (a medium who claims to go further than any other), his Spanish gypsy twin brother Colin, and Raymond (the world’s most unsubtle audience plant).

Initially the stunts and predictions are hilariously mis-managed and ridiculously transparent. However, following a fatal heart-stopping routine, proceedings take an entirely different course. Suddenly the expectant audience, and a dumbfounded Colin, are treated to real mind reading stunts and dazzling magic. We are taken deeper into the spirit world when the line between fantasy and fiction blurs and Michael revisits his disturbed childhood (and his fast-approaching future) in the diverting company of a dancing bear.

Artistically, Mindbender finished in a very different place from whence it began. We set out to make a show about ‘the paranormal world’ and as we discovered more about the subject we gravitated towards the whole notion of fooling an audience – or at least trying to. It was great to have press interest from journalists who really thought David might be a full-on mindbender!

As well as a UK tour, Mindbender was performed at the Adelaide Festival, Sydney Opera House and in Barbados.

…perhaps the performers were trying to say something weighty about how magic fills a spiritual void in a secular society but I was too busy laughing to notice…a spellbinding cocktail of intelligent panto slapstick.
The London Evening Standard

It’s impossible not to warm to the considerable charms of the Peepolykus trio…the most inept psychic spectacular you’re ever likely to experience. But so what- it’s also likely to be the funniest.
The Metro

The funniest thing I’ve seen at The Fringe this year. Peepolykus are infectiously funny and have a tremendous rapport on stage with one another. You can’t help but sit there with an inane grin throughout.
THREE WEEKS

From the very first sight gag of Peepolykus’ spanking new show you are in its power. Like bastard sons of the Marx Brothers, the trio not only send up the mind games genre but also mercilessly pillory their own clown speciality.
THE STAGE

Performed by John Nicholson, Javier Marzan and David Sant.
Directed by Darren Tunstall
Devised by Peepolykus and the Director 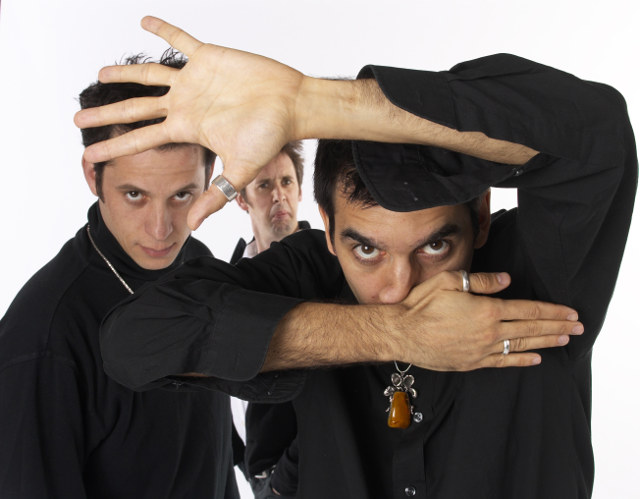 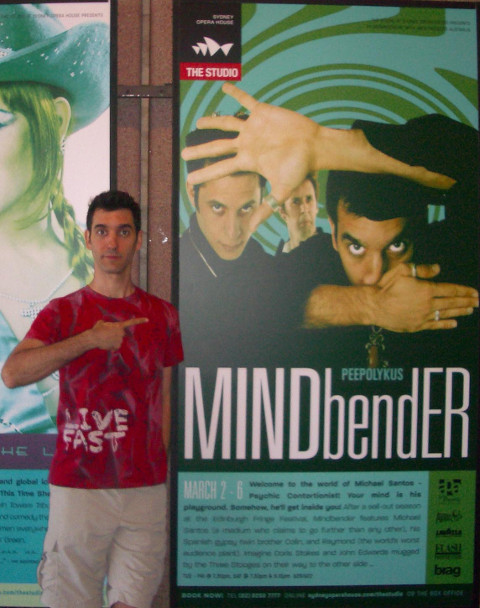 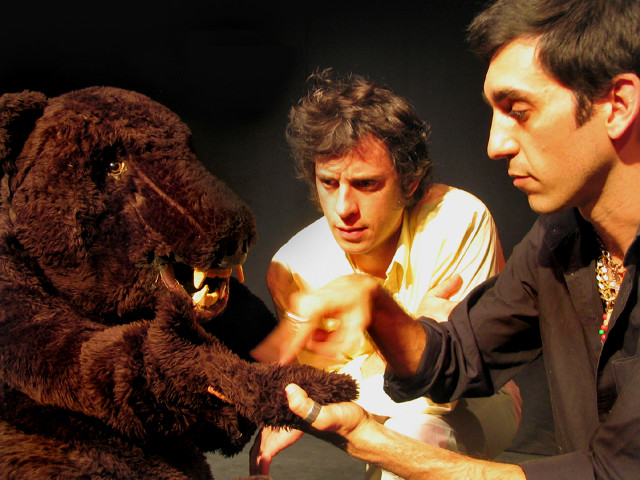 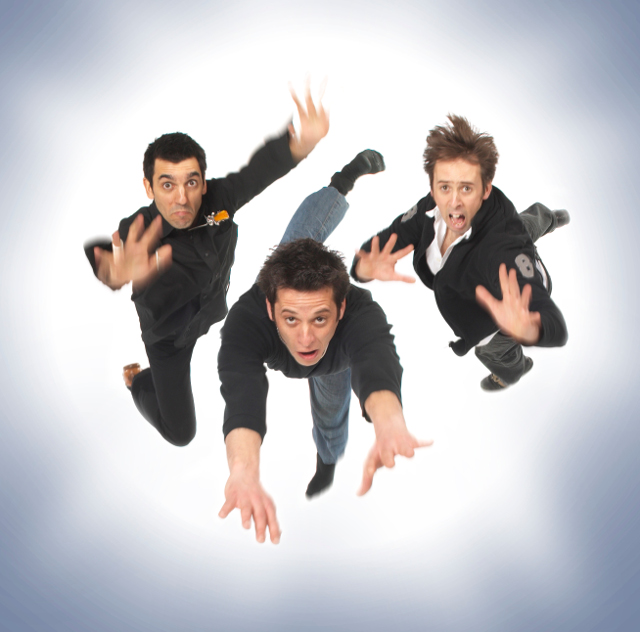 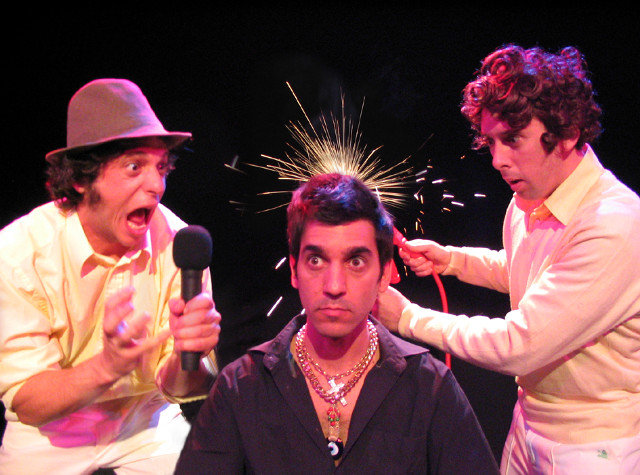 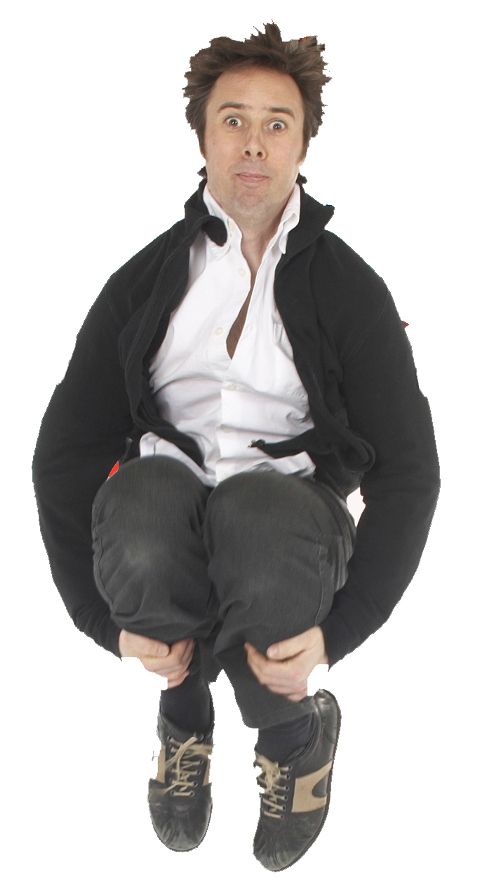 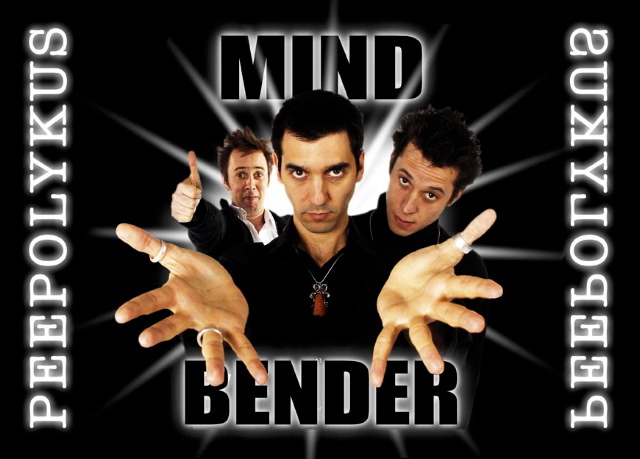 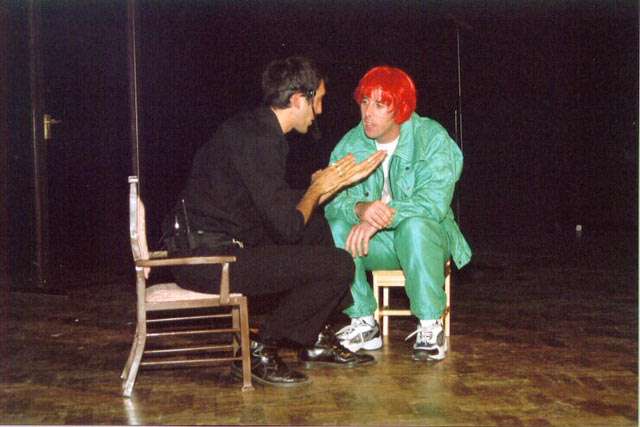 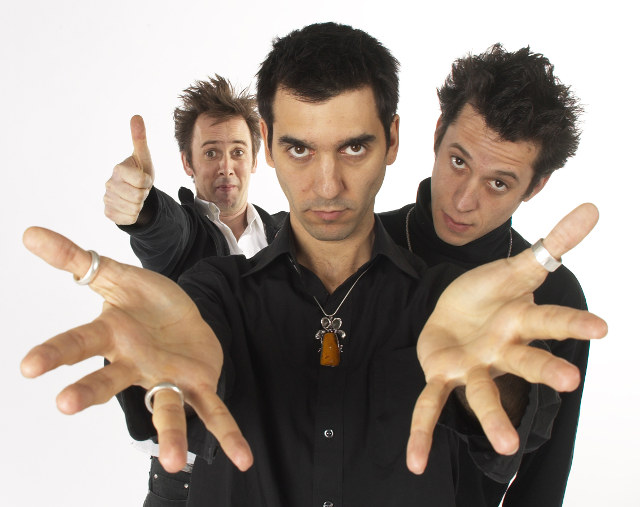