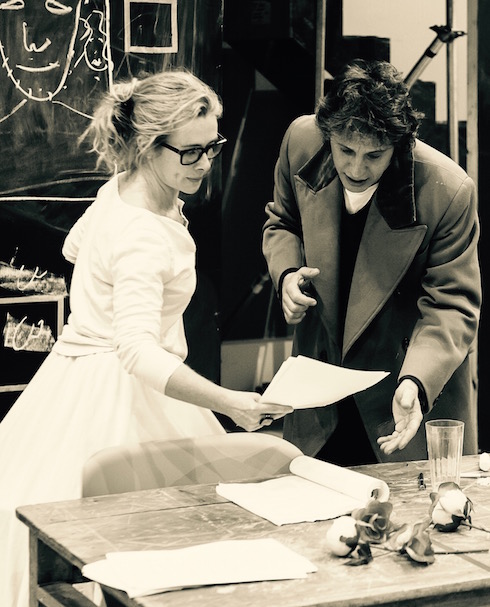 We’ve been a part of, instigated, performed and generally mucked about in lots of other projects with lots of other people, too. Here’s a taste of some of our collaborations:

Peepolykus joined forces with pyrotechnic engineers and artists The World Famous to present this mischievous performance. The show toured to festivals throughout the UK and also abroad. It was a large scale show that played to audiences of up to 10,000. We dressed up as spacemen (think clowns meet Daft Punk), David got fired into space from a big rocket and we were joined by the joy that is Flick Ferdinando. There were loads of explosions. It was brilliant.

Blast! was commissioned by Newark on Water Festival, Out There at Bracknell Festival and Jour de Fete at the De La Warr Pavilion and developed with funding from Arts Council England. 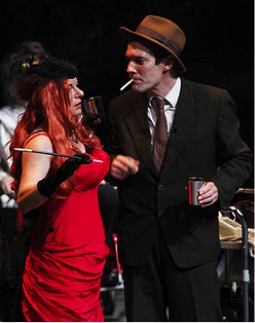 Jekyll and Hyde(ish) (2011)
We got together with our chums Spymonkey for a one-off outing at the Latitude Festival. The dream team. We had a riot. Here’s what they said:

“Pairings don’t come more overdue than Peepolykus and Spymonkey, ….Wonderfully shambolic, with lines forgotten and accents competing, drinks flying everywhere and no one steady on their feet…..It’s the sort of one-off that you long for of a festival: a genuine “I was there”. The Guardian

“This show is nameless, and there’s no mention of it on the Lyric Hammersmith website; I’m going to have to persuade myself I didn’t dream the whole thing……. It’s all completely bonkers, and driven by the insatiable clowning of the superb cast. It’s all the funnier for having such a recognisable and straight-laced genre to toy around with”. That’s what somebody called Corinne Salisbury said in the British Theatre Guide.

The Light Princess (2015).
“Death-defying young love between a prince and a princess, magic, a horse sidekick, jokes, an evil villain – and of course a talking stuffed moose head – are packed into two hours of blissfully uplifting theatre. The odd innuendo, a couple of beautifully profound lines and witty remarks make this Christmas gem truly enjoyable for adults too…… It’s incredible what a cast of just six manage to create. Bristol Evening Post. (read the full review here)

The Light Princess was a collaboration with the Tobacco Factory Theatres in Bristol. It was inspired by George MacDonald’s beautiful original fairy tale.

The Light Princess was adapted for the stage by Thomas Eccleshare and Director John Nicholson with music from Verity Standen. It was designed by Phil Eddolls. Lots more great pics, films and reviews on the Tobacco Factory website here.

The First Thing That Ever Ever Happened (2009)

This was a project that John co-wrote and directed for The Lyric Young Company (20 members) over a 3 week rehearsal period. The resulting show was performed in the Lyric Hammersmith main house. It was inspired by (and it explored) current thinking in quantum physics about the beginnings of our universe and the laws that govern our universe. The dramatisation revolved around teenagers who had discovered various ways to escape (and had various reasons for escaping) from the dimension we exist in. We worked with the physicist Jeff Forshaw on some of the ideas in the show.

Some great pics of the brilliant young cast here